Historically, the Bongo honored heroic warriors or hunters with sculpted grave markers known as "Ngya," placed over burials ceremonially a year after death, to insure that they were welcomed into the village of the ancestors.Knowledge of the Bongo is based almost entirely on these spectacular, ornate, and haunting grave posts.They produce small figures as well, probably for apotropaic and ancestral purposes, but these are stylistically vague, and resemble similar figures from northwestern Tanzania, making them very difficult to identify.The Bongo were at one time a large culture living in the south of the Sudan, and are most-likely part of a very ancient Nilotic lineage.However, over time, due to migration to find food and firewood, along with the slave trade, their numbers were reduced.By the middle of the 20th century their population was estimated at less that 200,000, spread over a wide area, and into parts of the northern Congo and western Tanzania.In fact, they virtually no longer exist as a distinct group, with almost total assimilation into neighboring homelands. 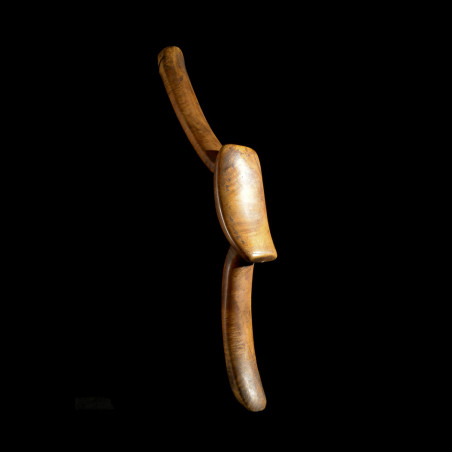 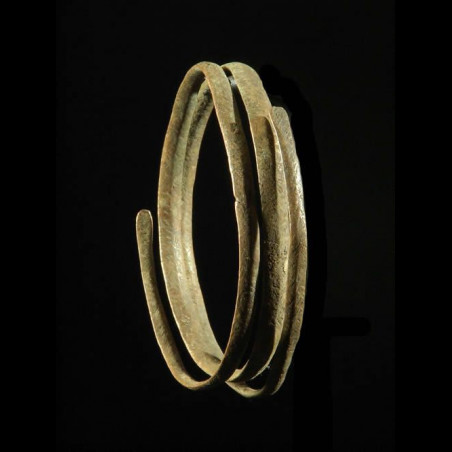 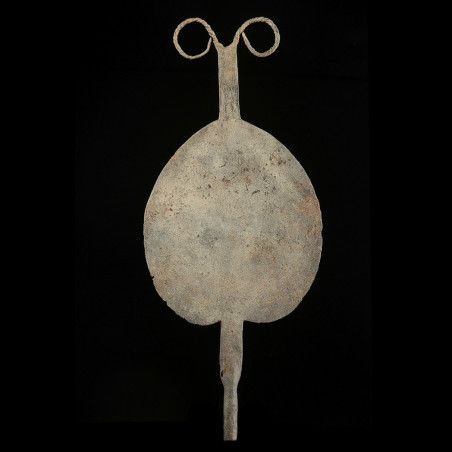 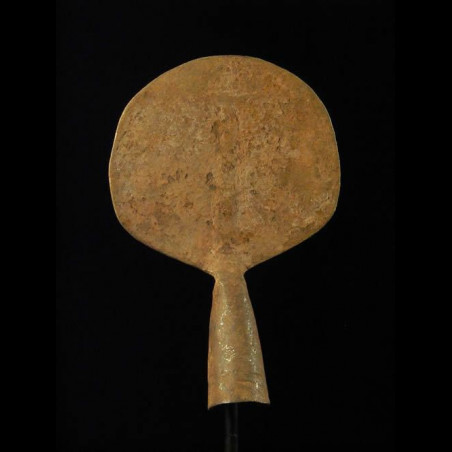 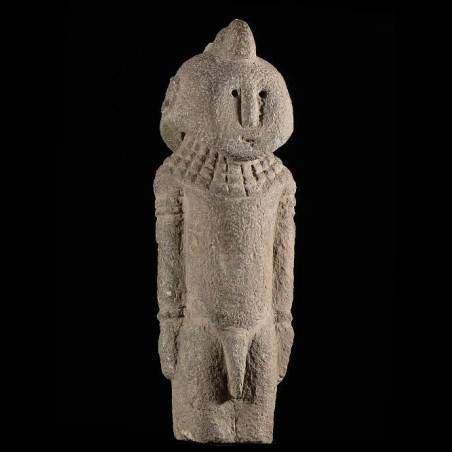 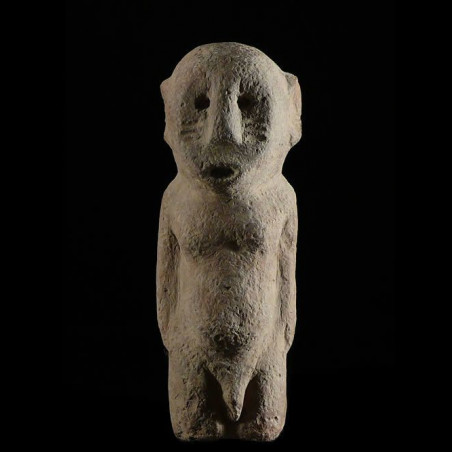