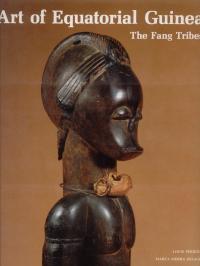 The Fang tribes of Cameroon, Gabon and Equatorial Guinea carved polished wooden statues, used in ancestor worship, that are fiercely enigmatic and were said to possess certain powers. Manipulation of these naked female and male figures was believed to resuscitate the dead. French ethnologist Perrois and Spanish art historian Delage set these statues in the context of Fang religion, which includes secret initiation societies, witchcraft and ritual sacrifice. They discuss the Fangs' migrations from savannahs to jungles and trace expeditions into West Africa by European explorers and ethnologists from the late 19th century to the 1940s.

The Art of Equatorial Guinea: The Fang Tribes